As in previous years, our university was represented at the 2019 iGEM International Genetically Engineered Machine Competition by a team of students competing under the name Bilkent UNAMBG. 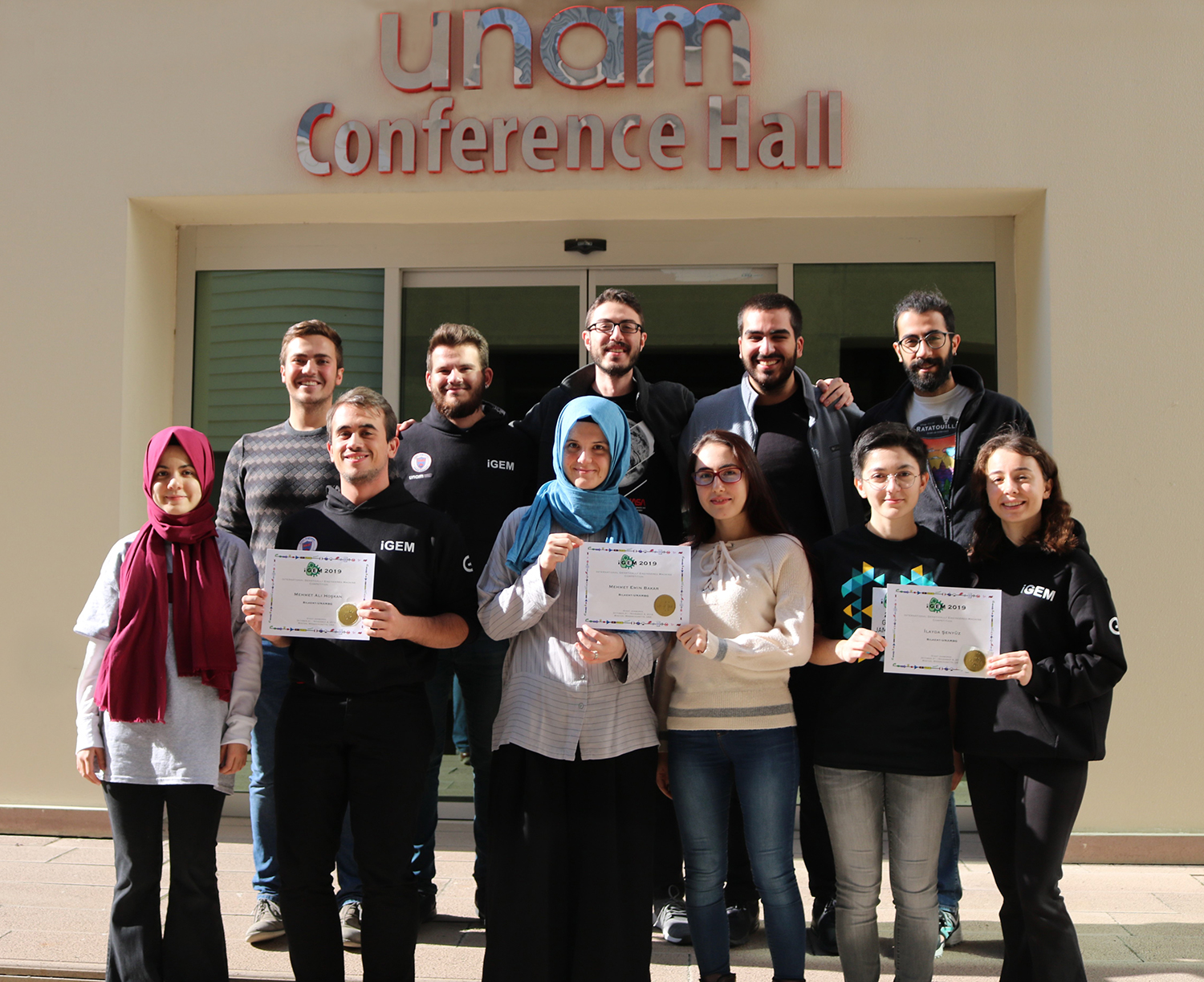 The annual synthetic biology contest is held by the nonprofit iGEM Foundation in the city of Boston in the US; this year’s iteration attracted 360 teams from all over the world. Upon completion of the competition, it was announced that Bilkent UNAMBG was one of the teams to receive a gold medal for their project.

Competitors were required to propose a genetic engineering project that included a mathematical modeling segment. The Bilkent team proposed to build a probiotic bacterium that would be able to secrete molecules of insulin, the natural protein that is insufficient in people suffering from diabetes. They called their project PRISMO (for probiotic insulin-secreting modified organism).

In explaining the potential of the PRISMO concept, the team noted that given the increasing number of individuals in the population who have become diabetic, providing a new way to deliver insulin would be a significant advance. Having the option of taking pills containing PRISMO would allow diabetes patients to avoid the need for frequent insulin injections.

In order to receive the coveted gold-medal ranking, projects had to meet certain criteria. These included whether or not the project was completed, the quality of the results and the presence of a mathematical modeling segment.

Praising the team for their efforts and award-winning achievement, the leader of UNAM’s Synthetic Biosystems Laboratory, Asst. Prof.  Urartu Özgür Şafak Şeker, pointed to the fact that the students worked hard to complete their project within the span of approximately eight months, while at the same time keeping up with the demands of their course load. He noted that only one-third of the teams participating in the 2019 iGEM competition received gold medals, with teams from some of the world’s top universities among the two-thirds receiving lower rankings.

Looking forward to next year’s iGEM competition and beyond, Bilkent UNAMBG is seeking new team members from a wide range of fields (including engineering, mathematics, physics and the social sciences as well as biology) to contribute to further achievements. Students who are interested are invited to email the team at unambgigem@gmail.com.

More information may be found at https://2019.igem.org/Team:Bilkent-UNAMBG.