Asst. Prof. Luca Zavagno of the Department of History recently had a new book, “Cyprus Between Late Antiquity and the Early Middle Ages (ca. 600–800),” published by Routledge. 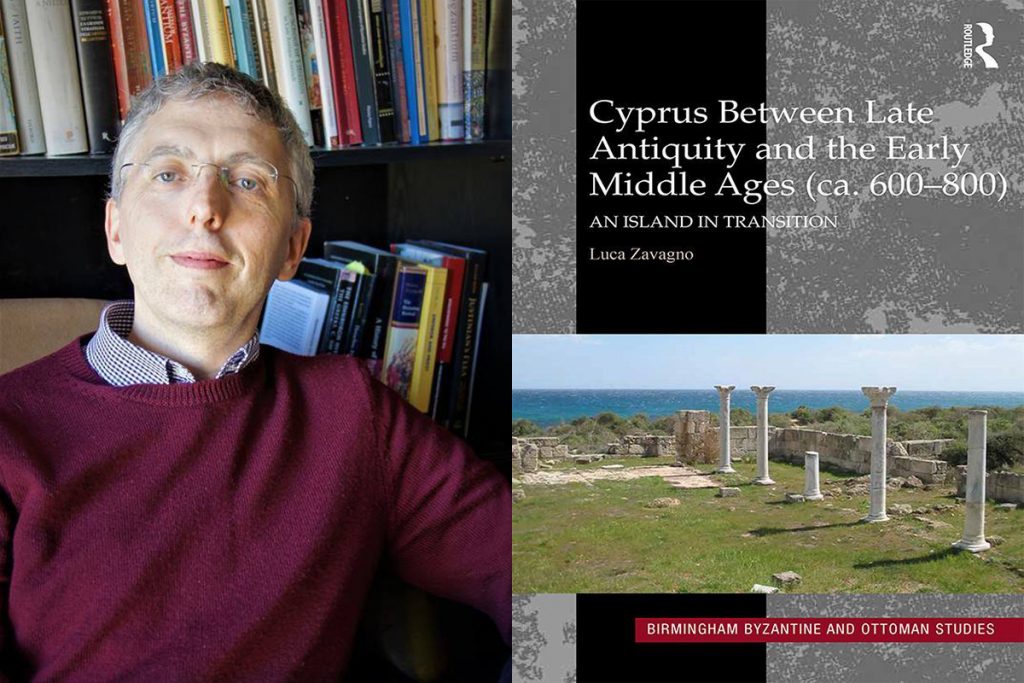 In the monograph, he focuses on an overlooked period of Byzantine history with regard to the island of Cyprus. Even though this period is often characterized on the basis of the supposed division of political sovereignty between the Umayyads and the Byzantines, bringing about the social and demographic dislocation of the population of the island, Dr. Zavagno proposes a different narrative – one that finds continuities and slow transformations to be the reality of Cyprus between the late sixth and early ninth centuries. He reevaluates the literary evidence, archaeology and material culture in order to contextualize Cyprus within the Byzantine Empire and the eastern Mediterranean during the passage from late antiquity to the early Middle Ages.

To further his research on the Byzantine islands for his forthcoming book “The Islands of the Byzantine Mediterranean in the Transition From Late Antiquity to the Early Middle Ages,” which is scheduled for publication in 2019, he has been awarded an Andrew W. Mellon postdoctoral research grant from the Byzantine Studies Research Center at Boğaziçi University. His project aims to overturn the commonly held idea that the large islands of the medieval Mediterranean, such as Sicily, Cyprus, Crete, Malta, Sardinia and the Balearics, acted only as strategic and military bulwarks or peripheral outposts along the Mediterranean frontier between the Byzantine Empire and medieval Islam. Dr. Zavagno will be showing how these islands acted not as a cultural barrier between opposing political entities, but rather as zones of interreligious and socioeconomic interaction, both peaceful and hostile.